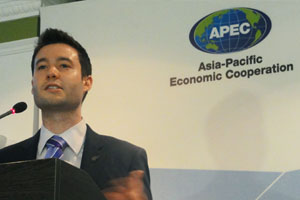 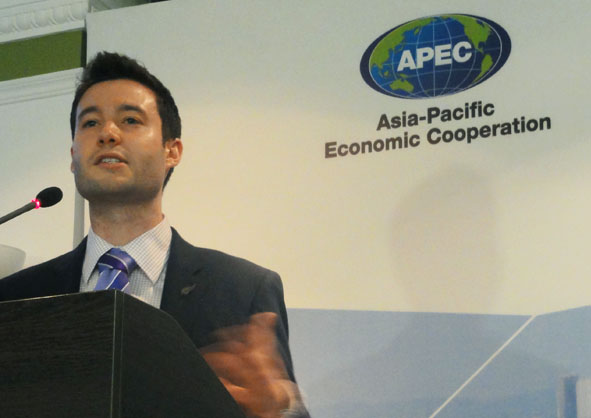 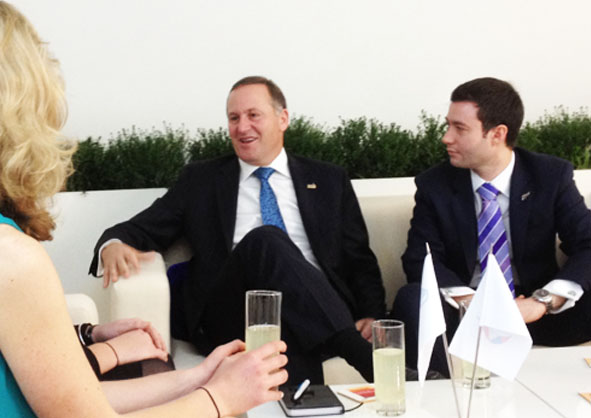 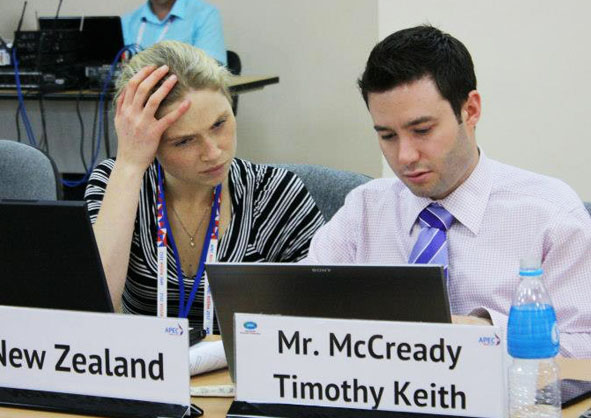 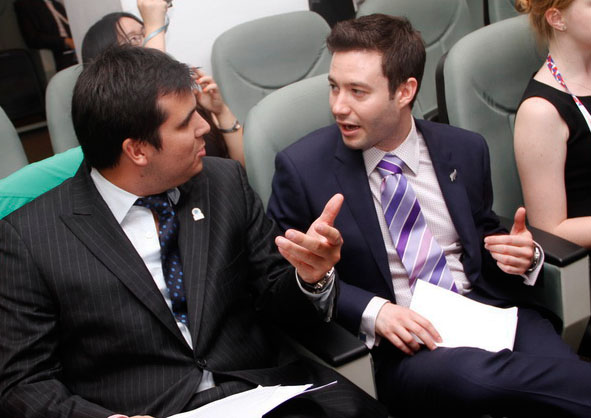 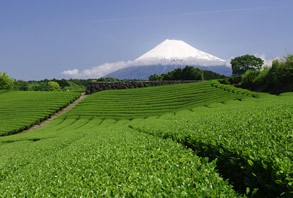 The recent visit to Japan by a group of young New Zealand farmers is exactly the sort of initiative needed to lay the groundwork for a trade deal between the two countries, says the director of the New Zealand Asia Institute, Professor Hugh Whittaker.

The trip, organised by the Japan East Network of Exchange for Students and Youths (JENESYS), followed bilateral talks between the New Zealand Foreign Affairs Minister, Murray McCully, and his counterpart Hirofumi Nakasone, and included official briefings and visits to dairy factories and livestock centres.

Among the 50-strong group was University of Auckland alumnus Tim McCready, a business development consultant at New Zealand Trade and Enterprise.

“Japan will always play an important role in the global economy. The things I have learned about the country and culture will change the way I think about, and conduct business with Japan forever,” McCready says.

It is the third such visit aimed at introducing a new generation of New Zealanders to the Japanese way of doing business and along with meetings in 2008 and 2009 of the Japan New Zealand Business Partnership Forum is evidence of a reawakening interest in Japan, which in recent years has been overshadowed by the spectacular economic rise of China. Professor Whittaker says the visits are also an effective way of overcoming obstacles to a bilateral trade deal with our third-largest trading partner.

“New Zealand’s position on the proposed free trade deal with Japan is that we are complementary not competitors, and that we are too small to upset things in Japan. If you want to try out the process for FTAs with developed countries and de-bug it, you are best to do that with a country the size of New Zealand. Japan sees it somewhat differently. If it gives ground to New Zealand, there will be pressure to do the same to bigger countries,” Whittaker says.

Nevertheless, with China and South Korea aggressively signing FTAs, pressure is growing for Japan to do the same to avoid becoming more isolated.

“That would necessitate a willingness within Japan to start implementing measures in the agricultural sector which would introduce market forces,” Whittaker says.

“The issue is not merely opening Japan to foreign agricultural goods, but increasing the marketisation of agricultural activity in the country.”

That process has been slowed by the strong presence of agricultural cooperatives, which are useful in upgrading agriculture and redistributing wealth, but which have become less innovative.

Distribution of wealth is a key issue, says Whittaker.

“Electoral boundaries don’t reflect the country’s urbanisation, so the rural vote is overweighted. The political structures have served to redistribute the results of urban activity to rural areas. Japanese politics is often portrayed as ‘immobilist’, and there is structural misallocation of funds, but there is also a legitimate debate about what is a just society and how much (urban-rural) inequality should be tolerated or encouraged through increased marketisation.”

“As a ‘grassroots’ exchange, New Zealand’s agricultural mission is an astute move. If we can demonstrate through these visits that the two countries can complement each other rather than being caught up in a zero-sum game, then it can produce a groundswell for change.”