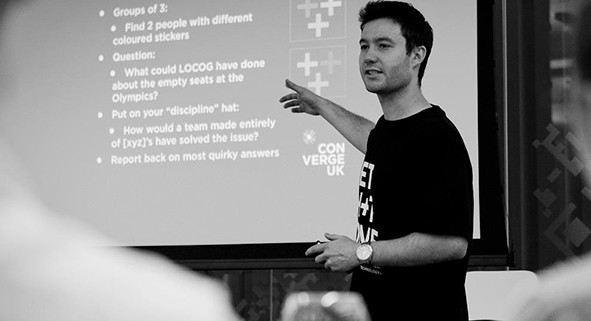 When I arrived in the UK from New Zealand I was chatting with two friends who had also recently relocated – Peter Thomson and Klaus Bravenboer, about the types of business events being held in London. We were surprised that the events we had been to tended to be very sector-specific, and that innovation, collaboration and access to capital in London didn’t seem as far ahead of New Zealand as we had expected.

We recognised that the most exciting part of working in start-ups is when people from different backgrounds come together to make something exciting happen. Aristotle was exactly right: ‘The whole is more than the sum of its parts’ (we prefer the term ‘creative abrasion’,  proposed by a little known book from the 1980’s with the same name, which postulated that genuinely new ideas emerge from the debate, disagreements and diversity that only happens when really opposing viewpoints collide).

Off the back of this conversation we created a non-profit organisation – “Converge+UK”. 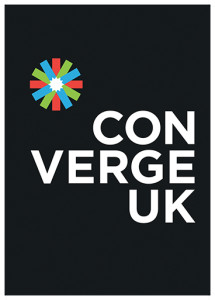 Converge+UK runs events that bring together disparate groups of people from creative, business, and technology sectors.

For the first event we partnered with Google and hosted at Google Campus. Continuing to run our events in London start-up incubators we have also held Converge+UK events in the Innovation Warehouse and at Wayra.

Over time we have refined the event to include:

Bringing designers, developers, entrepreneurs, scientists, angels, corporates and industry leaders together has provided the opportunity to produce remarkable solutions to extremely disparate problems. Group exercises we have run include discussing how LOCOG (the London Organising Committee of the Olympic and Paralympic Games) could have better dealt with the problem of empty sponsor seats in the Olympic stadium, and how we could use ‘creative abrasion’ to better educate the community about the problem with payday loans – an increasing problem in the UK. 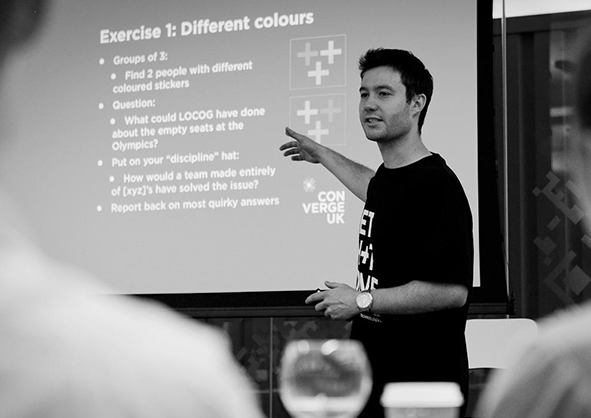 “There were just so many meetups in London that it’s overwhelming, there’s something on every night, but it’s impossible to know which events are worth going to and even when you find a good event, it’s all people from the same discipline. It’s like partying in a giant echo chamber. I wanted to start something that bought people together in new ways.”

“There is a rebel spirit to most entrepreneurs that is somehow lacking in the events and support for innovation in the UK.”

“Innovation is now so important to every sector. In every industry from supermarkets to social networks, if you don’t constantly delight your customers then two guys in a garage somewhere are coming for you.” 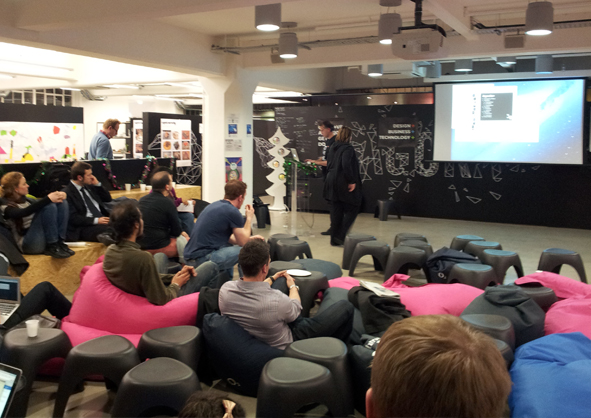