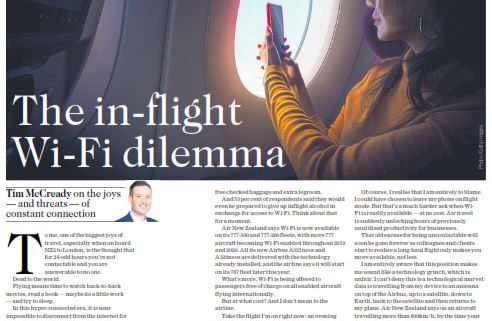 Pharmaceutical and medical technology corporates increasingly rely on external innovation to supplement and bolster their innovation pipeline. BioPacific Partners and MTPConnect recently undertook research, including a series of interviews with key personnel within the largest multinational companies, to uncover current trends and their attitude toward accessing external innovation from Australia. Download the report here to read more.

The size of the global pharmaceutical industry is estimated at US$1.2 trillion. The cost of research and development for new drugs, the high risk of failure, and the significant exposure many large pharmaceutical multinational companies have to patent expiry of blockbuster drugs means big corporates are increasingly looking for external innovations to fill product pipelines.

“Innovation does not have a boundary. There is no border limit, wherever there is good science, we go for it,” says the head of business development from a top 5 pharma company.

Pharmaceutical corporates are very positive about the Australian industry. “Australia has a lot going for it because it has great education, great science, a similar regulatory environment, and a great market,” says an external innovation director from a top 10 pharma company. “If something is making headway there, there’s a whole lot of hurdles it has overcome and it makes me think I can pick it up and run with it elsewhere.”

Pharmaceutical multinationals are often not embedded within the Australian environment – they see the logistics and cost of maintaining a scout in the region as an unjustifiable expense. However, the distance from the USA and Europe reduces the frequency and ease of engagement, and these delays are a significant barrier.

“One really needs to scour the world for innovation. But unfortunately, isolation adds a barrier for people – the time difference is inconvenient to make calls, travel distance – it is reality, and although that’s kind of silly with modern communication, it is still reality,” says a BD boss from a top 5 pharma company.

“You need to go and smell the place, interact with people, and get a feel for how far along the technology is. That’s where feet on the ground is useful,” says a top 10 pharma BD executive.

“Geography means the bar has to be higher,” say an external innovation boss from a top 10 pharma company. This lack of presence means that these companies are unable to explore innovation opportunities through informal interactions, and are therefore less likely to be aware of potential opportunities.

Some corporates suggest that Australia is a ‘nice to have’, rather than ‘cannot leave out’. “But innovation wise, the region deserves to be in the place of being critical rather than being nice to have,” says the head of external innovation from a top 10 pharma company.

Australian innovators can overcome these barriers by attending international industry events with partnering platforms such as BIO – considered a necessity by multinationals for identifying innovations of interest and catching up with those they have been paying attention to.

“We can’t justify spending resource in Australia when we barely have enough resource to cover China and Japan…. We have to rely on chance meetings at BIO or research conferences,” says an external innovation director from a top 10 pharma company.

Another barrier raised by corporates is the perception that Australian innovators struggle to translate science into commercially attractive propositions. A lack of understanding regarding the risk, global regulatory requirements, and data required by multinationals means technology is often not packaged with a value position aligned to the requirements of a multinational.

“Technology transcends geography – but business culture does not,” says an open innovation director from a top 5 pharma company. “I would put Australia in the bucket of there is some technology available but the business friction is high.”

“You’ll get university professors that think it’s okay to work on the development of their company while keeping their full-time academic job, whereas here in San Francisco, people will leave their full-time job,” says an external innovation director. “It wouldn’t be a question, they’d just leave.”

The medical technology industry – which includes medical devices, diagnostic and medical imaging equipment – is estimated to have a global market size of US$350 billion.

Like their pharmaceutical counterparts, medical technology corporates look externally for new technology. They say they have no hesitation accessing world-class innovation from Australia, but suggest it is easier to hunt for medical technologies in their own geography – they point to Australia’s relatively small number of companies compared to the United States and Europe to evidence this.

In contrast to the pharmaceutical industry where partnering with innovators at an early stage of product development is now the norm, most medical technology multinationals prefer to wait until a technology has regulatory approval and can demonstrate strong sales. This mitigates the challenge of registration and the considerable work involved convincing physicians and surgeons that an innovation is worth considering (and often retraining for) over existing alternatives.

“[We] will not acquire companies that do not meet all our criteria. And the universe of buyers is not bigger than it was last year, or the year before – it is smaller. That’s the biggest issue,” says a VP from a top 5 medtech company. “You could beat your head against the walls wanting to be acquired – instead, companies should be focused on building their business.”

Medical technology innovations are increasingly being developed for a consumer market, including mobile phone sensors, smartwatches, fitness trackers, apps – and data. This movement is causing great concern in the industry over where revenue will come from.

Explains BD VP from a top 5 medtech company: “I joke that I’m glad I am closer to the end of my career than the beginning because I’m not inherently wired to think this way. Belonging to the older generation of medtech, I had a gut feel, and it was pretty good. I don’t have that for the future… I think it is incredibly naïve to think that technology and digital won’t fundamentally change the sector.”

These changes, as well as disruption from advances in China, mean corporates are being forced to adapt their business models. Along with this, global tech giants including Google, Apple and Amazon have begun a move into medical devices.

Explains a BD director from a top 5 medtech company: “Someday I am going to need a new hip. I’ll go onto Amazon, where there will be a base one, and then ones with extra features… I’ll select my hip, pick my doctor, choose a hospital (after checking their reviews), and take my basket to the checkout. Somebody is going to figure it out.”

Unlike the pharmaceutical sector, medical technology events are far less partnering-focused than in the pharmaceutical industry. Most corporates attend these events for corporate responsibility, government affairs, meeting vendors, and for recruitment purposes.

In part, this is because the niche areas of interest to medical technology corporates mean that most are aware of developments in their space. “In certain spaces we know the activity so well – we are rarely surprised,” says a business development VP from a top 5 medtech.

But for Australian innovators, they encourage a direct approach. Says one executive: “95% of opportunities come from companies that have called us. We can quickly and easily gauge the pros and cons of technologies and companies.”