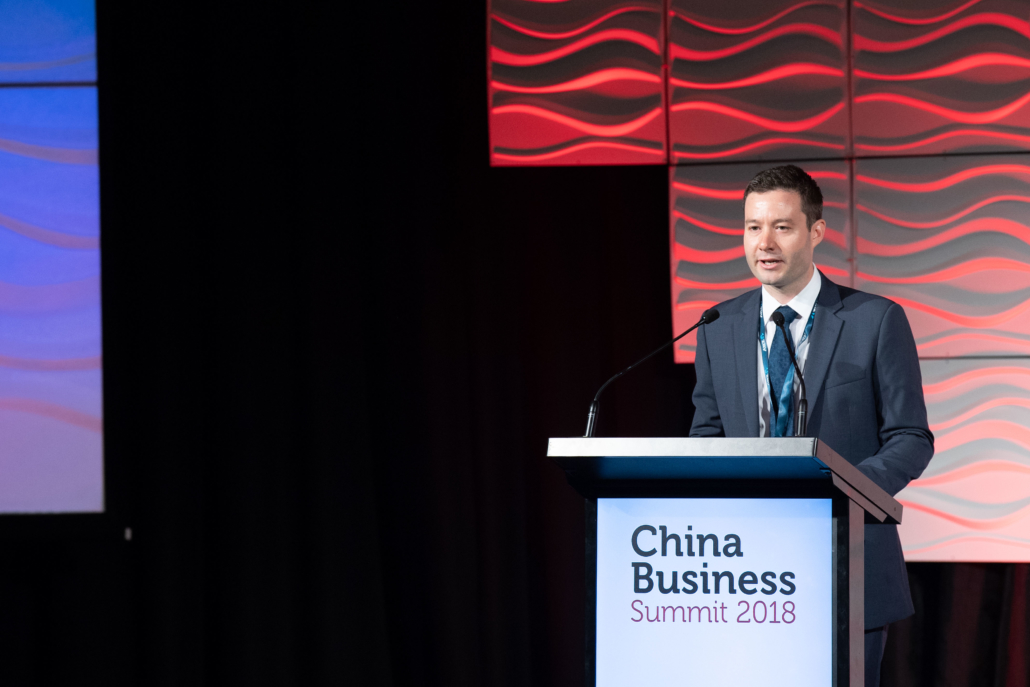 The annual New Zealand Private Equity and Venture Capital Monitor was released last week, headlining a continued high level of overall activity of $989.6 million in the year to 31 December 2017.

Mid-market investment activity was twice the 10-year average at $333.7m, and marked the first time mid-market investment has exceeded $300m, driven by an increase in both volume and average value of deals. This activity included investments by New Zealand-domiciled funds such as Direct Capital, Waterman Capital, Pioneer Capital, Pencarrow Private Equity, Maui Capital and Oriens Capital.

The total value of disclosed venture capital and early-stage start-up deals in New Zealand for 2017 was a record $217.3m, spread across 48 deals, with higher levels of foreign capital. This compared to $92.3m spread over 50 deals in 2016.

The relatively small size of the market in New Zealand means that the figures captured in the survey can vary significantly from year to year due to large one-off investments. The significant jump in 2017 is largely down to Rocket Lab’s capital raise — the standout transaction of the year.

“The global venture community watch each other closely and New Zealand is on the radar,” he says.

“It doesn’t get much more exciting than launching rockets into space or building technology that is wanted by Apple.”

Though the report shows New Zealand has vibrant mid-market and angel investment markets, our domestic early-stage venture space continues to be challenged by a lack of sophisticated investors.

McKinnon says this is a tough space in every country, but even more so in a small country with a very small institutional investor base.

“If we are to continue to see more international investment, we will need to see more domestic VC — maybe micro VC — in New Zealand. “This is happening. I would not be surprised to see a range of new funds appear in New Zealand in the next 12-18 months.”

Standout sectors
Rocket Lab ensured technology remained the dominant sector for VC in 2017, while investment into software and IT reduced. Other sectors obtaining venture capital funding during the year included the food/beverage and health/biosciences sectors.

This statistic was supported by survey respondents, asked to identify which sectors they were most optimistic and most pessimistic about. Both the food and beverage and health and biosciences sectors generated the most optimism.

McKinnon puts this down to innovation in these sectors solving big issues that impact on human survival.

“New Zealanders believe that we have a globally competitive advantage in these sectors. We want these ideas to be successful and we expect that success will pay dividends,” he says.

“Investors — like Brandon Capital, BioPacific Partners and Auckland University’s UniServices — are attracting large international investors into the New Zealand bioscience and life science space. These investors bring sophistication and global connections that will help accelerate the ambitions of our founders and entrepreneurs.”

Fund managers had a more pessimistic view of the energy and media/communications sectors, and a split view regarding manufacturing. The Monitor notes that this potentially demonstrates that niche manufacturing opportunities still exist in New Zealand.

Outlook
The Monitor showed a subdued short-term outlook compared to last year, but one that is still largely optimistic. This reflects the New Zealand economy’s relative resilience compared to globally markets.

McKinnon notes that this small dip likely had more to do with the timing of the survey, which was conducted in February at a time where there were several issues contributing to uncertainty, including the recent change of Government and increased international tensions.

The outlook for the next 18 months remains consistent with that of recent years, with geopolitical uncertainty an ongoing factor.

“The findings of the Australian Royal Commission have been far more material than anticipated,’ say UBS in a research report out this month.

Christopher Simcock, Country Head, UBS New Zealand, says the Australian banks are looking to divest or get back to their core business.

“The regulators have made it very clear they’re not prepared to tolerate any bad behaviour,” says Simcock. “And we’ve seen through many, many cycles, that these huge organisations, these huge conglomerates, are very difficult to control.

You might have the best systems in the world but if you’ve got 150,000 employees doing 57 different things in 74 different countries, it’s tough being a board member presiding over that.

“Whereas if you’ve got that number of staff in that many countries doing three things you’ll probably sleep better in the evenings.”

Executive Director of Investment Banking Andrew Fredericks points to UBS analysis suggesting one risk is the Royal Commission being a catalyst for a credit crash in Australia.

“When you look at some of the work done in that sector on interest only loans, those changes got made a year ago, we think it’s 2019, 2020 when that bow-wave really hits the consumption side, when people have to move to principal as well as interest only,” he says.

The concern in Australia is that the response by banks to apply more stringent standards in respect of customers’ income, expenses, assets and liabilities could lead to a sharp reduction in credit availability. This could have implications on house prices, consumption and growth.

Despite claims that New Zealand banks operate under a different regulatory and governance framework, there are concerns these same implications could spill over to New Zealand’s Australian-owned banks.

This concern prompted the FMA and RBNZ to meet with the chief executives of New Zealand’s registered banks. Earlier this month they issued an open letter to banks requiring written responses by May 18 that detail what actions have been taken to mitigate the risk of misconduct.

The letter says: “We expect you to show us what you have done in order to be comfortable that there are no material conduct issues within your business. We anticipate that you will have undertaken an exercise of that nature after our Conduct Guide and may be extending or enhancing that work in response to issues raised at the Royal Commission or more broadly as a result of that inquiry.”

“I don’t know how the banks are going to respond to that letter from the FMA and RBNZ, but they were given three weeks to do it, and I would have thought they are going to be very cautious on credit availability,” says Fredericks.

David Lane, UBS’s Head of NZ Equities says executives and boards of local banks have been quite careful.

“They started putting in place — probably prior to the macroprudential requirements — cleaning up their balance sheets. We haven’t seen the banks take any major hits on construction or apartment buildings — it’s been the promoters that have worn it. Having the pre-sale requirements and the bonds, etc, the banks have been quite careful.”

The research report from UBS says: “It is impossible to be definitive about the possible flow-on effects from the Australian Royal Commission to New Zealand, other than to say, from an economic perspective, they can only be negative risks. Moreover, the greater the fallout in Australia, the greater the downside risks (direct and indirect) will be for New Zealand.”

New Zealand shares some of the same concerning features as Australia on household debt, including the escalation in household debt since the GFC, the extent of debt-to-income ratios above 6, and the associated rise in house prices.

If the same tightening of lending standards transfers across to New Zealand, it would likely have an influence on the availability of housing credit in New Zealand.

The earlier UBS report out of Australia said that the country had a world record house price boom of 6556 per cent over the past 55 years, which went longer and higher than many investors thought possible.

UBS analysts say Australian lending standards in recent years have been so lax that three-quarters of loans have simply assumed household living expenses around the household expenditure “Basic” benchmark of A$32,000 pa (“remarkably, below the Australian Old Age Pension”).

To comply with “Responsible Lending Laws” banks will lift due diligence amid the “macroprudential phase 3” focused on regulation and lending standards.

UBS analysts say the impact may be that mortgage borrowing limits in Australia may drop by 30 per cent — 40 per cent.

In New Zealand there is a risk a spillover from the Australian inquiry could compound the headwinds already mounting for the housing market. Other potential dampening effects on housing under way by the Labour-led Government include policies on immigration, the extended bright line test, a ban on foreign buyers, KiwiBuild’s aim to deliver 100,000 houses over 10 years, and indications that today’s Budget will signal an end to negative gearing.

The plane: One of Lufthansa’s 14 superjumbo Airbus A380-800s. My plane was eight years old, with eight First Class suites, 78 lie-flat Business Class seats, 52 Premium Economy seats and 371 Economy seats. I was transiting on both sides, travelling Auckland-Hong Kong-Munich-Dublin. The flight was packed — there were several cheeky passengers attempting to bag an upgrade at the counter, but they were repeatedly told that all classes were full.

The airport experience: Transiting on either side was a dream. Hong Kong and Munich Airports are big and spread out but trains between terminals, and clear signage means you can’t really go wrong. Though there isn’t much to do in Munich Airport for three hours when you arrive at 5am, the Wi-Fi is free and it gave me the opportunity to get this review finished!

My seat: I flew Premium Economy with a window seat. The size and shape of the A380 means the window seats get a generous amount of extra space down the side, which was appreciated. I stored most of the airline’s (and my own) clutter down there throughout the flight — blankets, pillows, shoes. The seats were comfortable, though they were fairly basic in terms of adjustability compared to other Premium Economy options. The separate cabin added some privacy and meant there were never any queues for the cabin’s two toilets — which were kept extremely clean throughout.

Entertainment: While I found Lufthansa’s entertainment system to be less user-friendly than other set-ups, there was plenty to choose from: the usual mix of new release and classic movies, and TV shows, as well as live satellite TV news (which I appreciated given the US air strikes on Syria that took place while I was flying). I used my own headphones as the ones offered in Premium Economy didn’t seem to be any kind of upgrade over most basic Economy offerings.

The flight: As this was the second of two 12ish-hour flights, I spent most of this one asleep. There was a fairly hefty amount of turbulence at the start of the flight, but things settled down and the remaining ride was very smooth. We departed 25 minutes late but landed on time. Total time with wheels off the ground was 11h 32m.

Food and drink: I was disappointed not to see bratwurst and sauerkraut on the menu as I was hopeful for some hearty German fare on board. Instead, I chose the penne pasta with pork goulash for dinner (my third dinner in a row). I should have followed my own advice and steered clear of airline pasta — it didn’t stand up well to reheating. The scrambled eggs with mornay sauce and ratatouille for breakfast was surprisingly good. The drinks service was frequent, and the crew were notably friendlier than my earlier Cathay Pacific flight. The Toblerone was a nice touch.

The bottom line: This wasn’t my favourite Premium Economy experience. It felt as though Lufthansa hasn’t put the same level of innovation into the seat design, food offerings and technology as other airlines have. As for whether I’d fly again — I don’t have too much choice — I’m doing the return journey in a few weeks. But I won’t choose the pasta next time.